Head of Corporate Communications Chris Scott spent the weekend at a conference in Copenhagen, where he was reminded of the powerful nature of storytelling alongside the informative insight provided by projects like Active Citizens Worldwide.

1.6 billion reasons; but sometimes it’s a single story that cuts through.

Two years ago, when London Sport, along with counterparts in Auckland and Singapore launched the Active Citizens Worldwide initiative it was with a vision of a common language for physical activity transcending national borders.

Now, with the project’s second annual report collating research and analysis from the three founding cities alongside the newest member city, Stockholm, it seems that we’ve found a range of common focuses that help to explain the real value of physical activity in cities across the world.

Employment also features highly, with analysis finding that physical activity and sport creates over 65,000 full-time jobs across the cities each year.

And social impact – a combination of personal and societal factors – ranks as an important factor in each city, with increases in happiness (around 6%), social trust (over 25%) and life satisfaction (6%) all seeing benefits to city residents through physical activity and sport.

The common language we were seeking at the project’s outset, then, certainly appears to exist. And yet, perhaps there’s another commonality that lies ready for further exploration in every city.

This weekend, I spent a couple of days in Copenhagen, speaking at a conference on physical activity and sport in the Danish capital.

And while it made me realise a number of things (mostly, in the first instance, that I’d love to be half as good at languages as most Copenhageners) two major strands struck out for me.

Firstly, that our intuition back at the start of Active Citizens Worldwide was correct.

Physical activity and sport does make an important contribution to city policymaking in a whole host of places around the globe.

Finding a way to create a shared understanding of its impacts, levers and opportunities in places that have quite substantially different contexts and populations is an important means of finding out what works and what might be applicable in different environments.

Instinctively, most people living and working in cities that prioritise physical activity can see that it creates real benefit.

Further evidence around the measurement of that can be helpful, but it’s not as if the sense of value isn’t understood.

What really brings that data to life is the anecdote, and the story.

While the data provides the evidence, the benchmarking and the ability to critically assess, what this weekend also showed me is that almost everyone working around physical activity and sport has a story to tell about the positive impact they’ve seen it make.

And it’s those stories – anecdotal though they might be – that really show that we’re on the right track with finding that common language for physical activity and sport around the world.

Because while the health savings, all $1.6bn of them, might be important, they’re a number which is only really meaningful to a handful of people.

What’s more telling to the majority of people – whether it’s in London, Auckland, Copenhagen, or nearly anywhere else – is that they reinforce the things we instinctively know to be true.

Of course, physical activity makes healthcare savings, because I’ve seen the friend whose recovery from illness was supported by a sport club, or the family member who made new friends through a running group, or the colleague who got new inspiration for a project after they started swimming at lunchtimes.

So, of course we should keep measuring the benefits and impacts – the 1.6 billion reasons for cities to invest in physical activity – but we shouldn’t lose sight of the importance of the one story that shows us why those reasons matter.

Prior to publication, it must be approved by London Sport Media Centre. 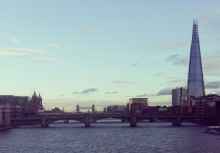 Physical activity and sport are directly contributing to healthcare savings, happiness, and mental wellbeing in cities across the world, according to a new report from the Active Citizens Worldwide network. 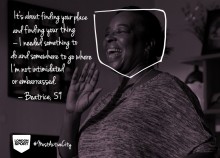 London Sport's Review of the Year

​With preparations for the London Sport Awards 2020 in full swing, we take a moment to reflect on 2019 and how we have made further steps forward to achieving our aspiration of making London the most active city in the world. The past year has seen many highlights including: